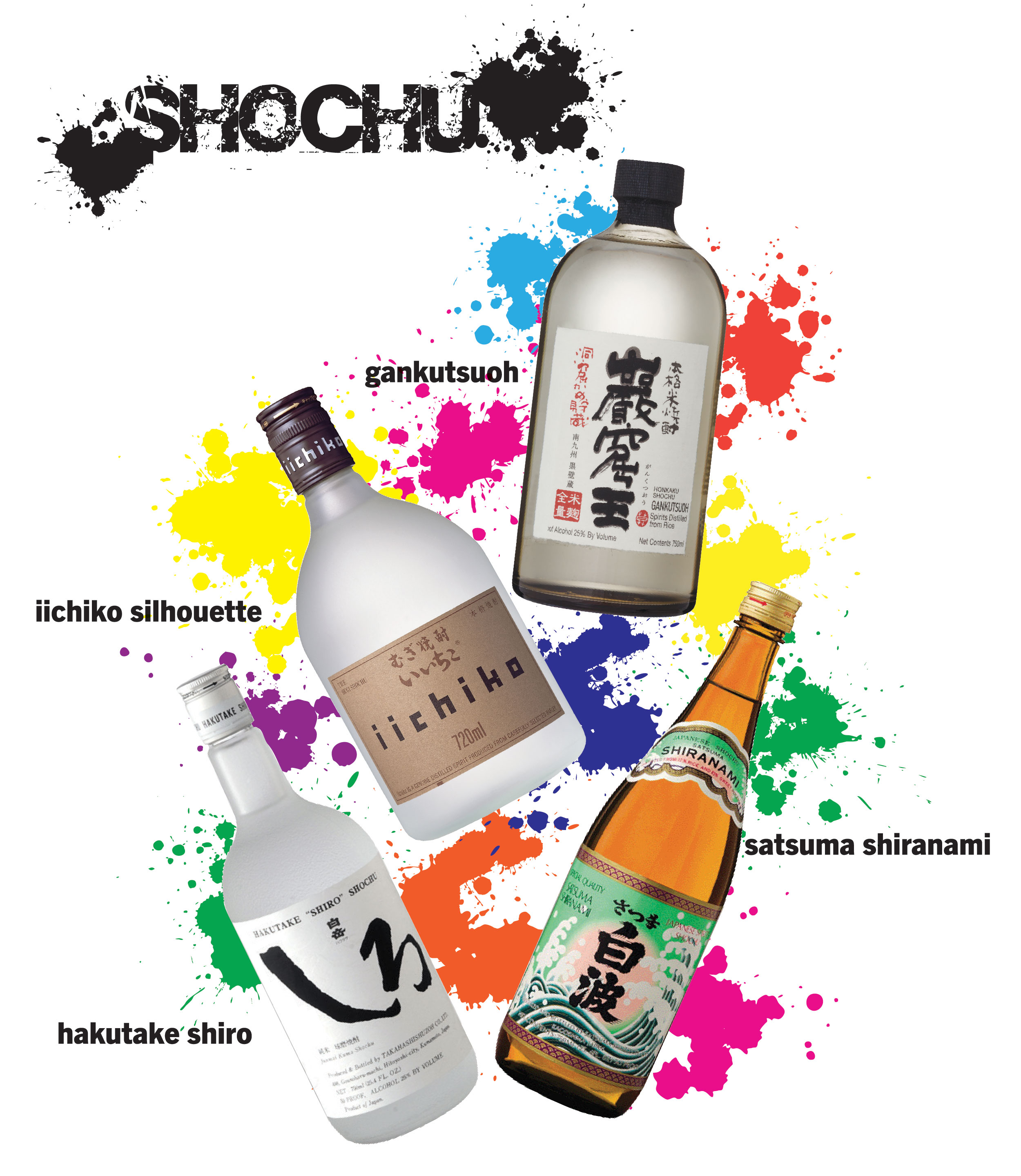 Shochu is truly a unique spirit like no other. What’s key to their Umami packed flavor lies in the trace flavor component that remains even after distillation. Most premiums Shochu are distilled only once.

The alcohol level of a just distilled, undiluted Shochu reaches approximately 42% for rice and barley, and about 37% for sweet potato Shochu. From there, water is added to arrive at 25% to make the drink more palatable. By simple calculation, one might think that Shochu comprises of 75% water, however, technically speaking, it’s composed of 99% water component, with the remaining 1% made up of trace flavor components. A 1% sounds rather insignificant but it’s in this 1% that provides the all-unique Umami flavor that sets Shochu apart from other spirits.

Here’s a quick recap: Distilled liquor refers to the liquid collected as evaporating vapors cool down from boil heating the moromi, which is the full-strength fermented mash made of water, Koji and yeast. Other distilled liquors, whisky, brandy, tequila and vodka, also utilize this same technique. On the other hand, brewed liquors are crafted by filtering and squeezing the moromi, and typically do not go through a heating process. Sake, wine, and beer all fall into this category, where flavor characteristics are carried in flavor component that form and thrive in the moromi. In most parts of Japan, Sake brewing occurs during the winter in geographically colder regions, and not in the southern regions where the warm and humid climatic conditions would prohibit accurate control over the natural Sake brewing process.

In the past, Shochu distillers employed yellow Koji routinely used for Sake. That changed during the Taisho era (1912 – 1926) when distillers found that black Koji, packed with citric acid, could increase acidity thus preventing spoil causing bacteria forming in the moromi. And unlike acetic acid which would add a vinegar-like, unpleasant taste, citric acid in black and white Koji had no effect to the flavor of the finished product. Through countless trials and errors, brewers conducted research to perfect their craft, leading to major discoveries such as: (1) special yeasts that thrive in high acidity, and (2) the niji-jikomi process of adding ingredients in increments rather than all at once, thus preventing moromi from rotting during fermentation. These brewing milestones are the result of the distillers’ wisdom, dedication, and their passion to their craft.

During the final stage of Shochu distillation, a most important process occurs in the extraction of trace flavor components from the carefully crafted moromi. The saying goes, low quality moromi can only yield low quality Shochu, therefore premium Shochu requires cautious considerations in every step of its creation, beginning with fresh ingredients that go into making quality Koji and moromi. Vigilant steps are crucial in crafting Shochu, for one shortcut would affect all succeeding steps, with no turning back. This is the completely opposite of Western spirits production which is distilled repeatedly to remove all unpleasant characteristics including trace flavors.

Once again for emphasis, with Shochu, Umami component along with alcohol is extracted through a one-time distillation process. Although it’s distilled rather than brewed, Shochu is a spirit with a similar philosophical aim of preserving natural flavors, as do craft brews such as Sake and wine. Shochu is an artisan brew exclusive to the Japanese culture, that is justifiably earning its own stand-alone category amongst other distilled spirts of the world.